Swiggy has stolen a march on rival Zomato, which too was in talks with the Japanese firm for a mega investment

Food delivery startup Swiggy is in advanced talks to raise as much as $1 billion from investors, including $300-500 million from SoftBank Group, stealing a march on rival Zomato, which was also wooing the Japanese firm for a mega investment, four people familiar with the development said.

If the deal goes through, it will be SoftBank’s first direct investment in a food tech business in India. It has been in talks with the two leading food tech rivals, Swiggy and Zomato, since August.

“SoftBank wasn’t sure who the clear winner was between Swiggy and Zomato (at that time). It found the valuation of both companies very high,” said one of the people cited above, requesting anonymity. What probably tilted things in Swiggy’s favour was its fast ramp-up and an investment validation from Naspers in December.

While the talks have been on since the last quarter of 2018, details of the deal are emerging only now, one of the people cited above said on the condition of anonymity.

When contacted, a SoftBank spokesperson said: “We do not comment on speculation.”

However, a person with direct knowledge of the transaction said: “Talks are on but many such talks are on that don’t come to fruition.” Swiggy did not respond to a mail sent by Mint seeking a comment on the transaction. 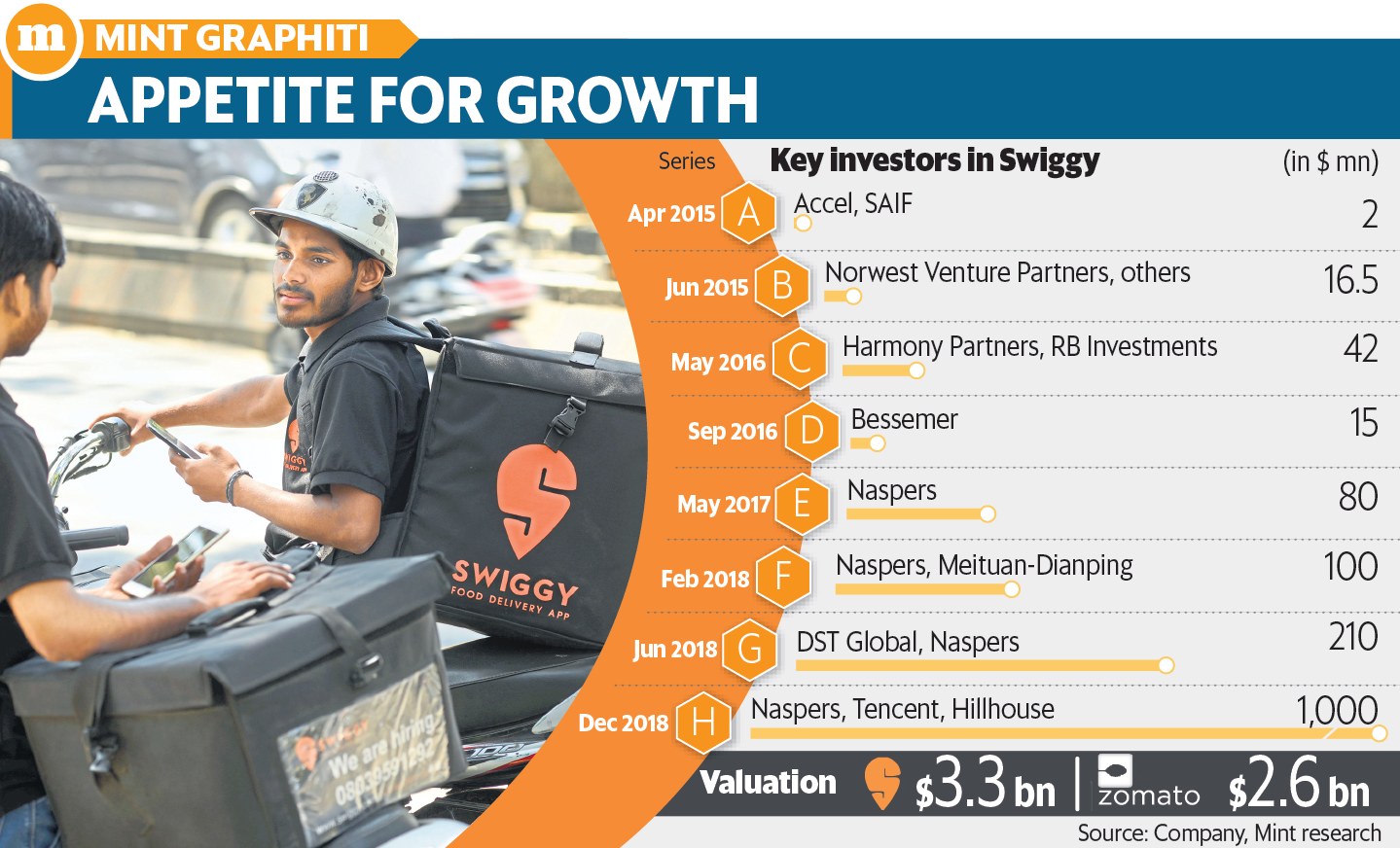 In December, it raised a whopping $1 billion from Naspers in what was the biggest ever funding round in India’s food tech industry. At a valuation of $3.3 billion, it became the fifth-most valued startup in the country.

SoftBank’s interest in Swiggy highlights its interest in the consumer space at large. In India, it has invested in firms such as Brainbees Solutions Pvt. Ltd, which operates online-first baby products retailer FirstCry, grocery delivery firm Grofers, ride-sharing app Ola and hospitality chain Oyo, among others.